Julie Ann Kodmur is a second-generation Californian who was born in San Francisco and grew up in La Jolla. As an eighth grader she was the runner-up in the state spelling bee who went on to edit both her high school and college newspapers. One of her pivotal experiences as a Stanford undergraduate was a junior year in Florence. She lived in New York City for ten years after pursuing master’s degree art history course work: during that time she directed Sotheby Parke Bernet’s first U.S. wine auction and worked for Frederick Wildman & Sons and Renfield in public relations and marketing positions. Seagram Classics moved her to northern California in 1988; she spent a decade as Director of Public Relations for the company, with responsibility for a large portfolio of American and European wines. Today she lives in St. Helena with her family.

She has won awards for publicity and marketing campaigns she created and executed. In March 2016 she was named Best Public Relations Agency by a wine industry poll conducted by Vineyard & Winery Management Magazine. In 1988 she got a client into The Guinness Book of World Records (for the largest wind sock in the shape of a wine bottle); in 1994 she won an award for a cause marketing program for Sterling Vineyards; in 1988 she won an award for a flower-themed program for Bandiera Vineyards (using a chef who cooked with flowers, staging events at gardens across the U.S.). She has launched a number of new brands—both ultra-premium and wide-distribution—as well as pursued initiatives for organizations including Zinfandel Advocates & Producers. She launched MerlotFightsBack.com for Swanson Vineyards, TaintFreeCorks.com for Oeneo Closures and NapaValleyValentine.com. She re-established The St. Helena Viticultural Society and directed publicity for Bonny Doon Winery’s Death of The Cork campaign.

Since 1995 she has also written articles for a wide range of outlets—The New York Times, Town & Country, The Wine Enthusiast, The Wine News, Quarterly Review of Wine, American Journalism Review, Editor & Publisher, Stanford Magazine and Appellation. She served as editor for The Napa Valley Wine Library Report for five years. She served as a judge for The American Wine Blog Awards in 2009 and 2013. She occasionally teaches public relations and journalism classes at Pacific Union College. She has been a panelist on publicity and marketing topics at numerous wine industry seminars and symposia. She and a fellow publicist maintain SWIG PR, an informative and occasionally satirical blog which focuses on PR and marketing topics in the wine industry. She also maintains blogs at www.julieannkodmur.com, www.wineprtuneup.com and https://holidaywinenews.wordpress.com/ . 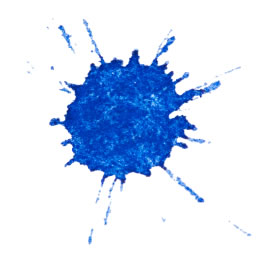