A year ahead: two things for for current college freshmen:

Time’s new survey of the 50 best liberal arts colleges, ranked by their levels of aid and SAT/ACT scores: http://new.time.com/money/best-colleges/rankings/best-liberal-arts-colleges/

A round-up of 2016 commencement speeches: http://waitingonmartha.com/2016-commencement-speeches/

Frank Bruni podcast: http://www.nytimes.com/2016/04/06/insider/college-admissions-stop-the-madness.html?smid=fb-share&_r=0
College Admissions: Stop the Madness!
Insider Podcasts
By SUSAN LEHMAN APRIL 6, 2016
Times Insider delivers behind-the-scenes insights from New York Times staff. In this podcast the Times columnist Frank Bruni weighs in on college acceptance madness.
It is college decision season. And, to many, there are few words that incite more terror, hysteria and then, for an increasingly small number, elation than the words Harvard, Princeton, Yale, Amherst, Duke and Northwestern — among other prestigious colleges.
The Times columnist Frank Bruni offers fresh insight into the particular madness that is the college application process. In this podcast, Mr. Bruni, author of the best-selling book, “Where You Go Is Not Who You’ll Be: An Antidote to the College Admissions Mania,” talks about the trouble with college admissions and how the process affects people’s lives.
Audio
Play
12:00
nside The Times
College Admissions: Stop the Madness!
Columnist Frank Bruni: You do NOT have to go to a college with less than a 10% acceptance rate in order to succeed, or, to have the destiny you want.

Mr. Bruni also offers comforting words to those who have received the dreaded rejection emails from their top college choices. “There is nothing about that rejection that is an objective measurement of your worth or that is an accurate predictor of your future,” he says.
Photo

He adds: “Take some of the energy you spent trying to get into schools and lavish some of it on making the most of where you are going to school, and I promise: You will not be behind the eight ball because your No. 1 choice said ‘No.’ ”
Susan Lehman is host.
Correction: April 7, 2016

Malia Obama goes to Harvard after a gap year:

http://www.wsj.com/articles/breaking-out-of-the-box-1461954995
Breaking Out of the Box
About $8 billion a year is spent on diversity training, despite little evidence that it works.
By
CAROL TAVRIS
April 29, 2016 2:36 p.m. ET
‘Where are the girl bus drivers?” I asked my mother when I was 6, and I’ve been hearing versions of this question ever since: Where are the women lawyers and doctors? Painters? Politicians? Military officers? CEOs? Scientists? Full professors? (For that matter, where are the male nannies, elementary-school teachers and nurses?) The where-are-they question was the obsessive focus of the women’s movement that erupted in the 1970s, but over the decades, as women and men entered occupations previously forbidden to them by law, custom or social norms, the question has come to seem quaint. “Where are the women doctors?” Are you kidding? They’re here.
This is why Despina Stratigakos’s “Where Are the Women Architects?”—a slim, well-documented volume, only 82 pages of text—is both outdated and all too timely. One might think that, as one profession after another has made the question as passé as bloomers, all other male-dominated fields would take the hint. But, no, they never do, trotting out the same old justifications for excluding women from training, hiring, promotion and honors: Women aren’t suited for our work, not smart enough, not motivated enough, not talented enough, not womanly enough, not masculine enough . . . These self-serving justifications persist until more than a few token women have broken through the gates, demonstrating that they are “enough” of all of those things. The latest entry in the “who is still being stupid about this issue” sweepstakes is architecture, as Ms. Stratigakos, an architectural historian, reveals.
The first thing that historians of any field do is, naturally, start in the past. Typically, they find that women were there, but systematically overlooked, written out of history. Ms. Stratigakos restores her own field’s foremothers—telling us, for example, about buildings designed by women in places as diverse as the 1893 World’s Columbian Exposition in Chicago, the 1913 Leipzig International Book Fair and the 1914 Haus der Frau at the Werkbund Exhibition in Cologne. This latter building, designed by Margarete Knüppelholz-Roeser, “caused a stir because of its severe and boldly unornamented forms,” Ms. Stratigakos says, prompting some design critics to say it lacked “feminine grace.” Nonetheless, she adds, it is “considered by historians to be a watershed moment in the development of modern architecture.” Who knew?
WHERE ARE THE WOMEN ARCHITECTS?
By Despina Stratigakos
Princeton, 114 pages, $19.95
Ms. Stratigakos then explores the state of gender inequity in architecture, reserving special venom for the “boys’ club” that has awarded the profession’s highest honor, the Pritzker Prize, to only one woman, Zaha Hadid, who died in March. (When Robert Venturi won the prize in 1991, his professional partner and wife, Denise Scott Brown, was ignored. The field is still scrambling to make up for this insult.) Women architects today, like their peers in other professions, are working to make the field more welcoming, undo discrimination and restore the legacy of earlier pioneers.
For all the value of Ms. Stratigakos’s historical portraits and her account of today’s struggles, the most memorable chapter in “Where Are the Women Architects?” may be the one that tells the story of Architect Barbie. Ms. Stratigakos and her colleague Kelly Hayes McAlonie persuaded Mattel to create this doll (Computer Engineer Barbie and Astronaut Barbie have also joined Barbie’s ranks). But the first problem they faced was how she should be dressed. Clearly not in the businesswoman-black style an actual female architect might favor: “To a five-year-old girl, a doll dressed in black says ‘villain’ or ‘mortician,’ not ‘architect,’ ” Ms. Stratigakos writes. Architect Barbie ended up with a pink drawing tube for carrying blueprints, a white hard hat, black glasses—and a dress. A century ago, women were excluded from construction sites because of their dresses, yet were simultaneously forbidden to wear pants. “Our decision to combine a hard hat with a dress—symbols of building and femininity—channeled the spirit of girl power, flaunting that which has been prohibited,” she writes.
WHAT WORKS
By Iris Bohnet
Belknap/Harvard, 385 pages, $26.95
And then all hell broke loose. Architect Barbie provoked—rather, reflected—a generational division among feminists as well as among women in the profession. Older women greeted the doll with scorn and contempt: “The hard hat is useless, as they’ll never let her on site in those heels!”; “Her accessories should include a paycheck that is 30% less than the men’s, antidepressants, and IBS medication.” Many found the Barbie doll itself an offensive stereotype, a “gross misrepresentation of what women look like.” Younger women saw her as cause for celebration: “I would pay big money for a hot pink drawing tube!”; “God help me, I really love Barbie’s outfit, and I want it for myself!” One admonished her elders: “They are dolls, not realistic representations of women.”

Washington Post: College counselor: I’m sick of reading about golden kids getting into Harvard: Here’s the story I want to see: https://www.washingtonpost.com/news/answer-sheet/wp/2016/04/26/college-counselor-im-sick-of-reading-about-golden-kids-getting-into-harvard-heres-the-story-i-want-to-see/?wpmm=1&wpisrc=nl_p1most-partner-1

The girl who got into 5 Ivies and Stanford: http://www.businessinsider.com/costco-essay-student-picks-stanford-2016-5?nr_email_referer=1&utm_content=EducationSelect&utm_medium=email&utm_source=Sailthru&utm_campaign=BI%20Education%202016-05-06&utm_term=Education%20Select

Hoda Kotb commencement speech at Tulane May 2016: http://www.today.com/news/hoda-kotb-s-tulane-commencement-speech-offers-10-life-lessons-t92671
Hoda Kotb’s Tulane commencement speech offers 10 life lessons for grads
May. 14, 2016 at 12:34
Here’s something you might not know about TODAY’s own Hoda Kotb: She got rejected by 27 news directors while driving all over the country trying to find a job after her college graduation. 27!

Clearly, it all worked out for Hoda (and us) in the end — and it’s a message she shared Saturday with the Tulane University class of 2016 as the graduating class’ commencement speaker.

As a former New Orleans resident (she spent six years as a local news anchor before making the jump to network television), Hoda was just as thrilled to be back in the Big Easy.

“You might be sad today because you’re leaving this great city, but I promise you’ll be back,” she began. And went on to crush her speech and inspire a standing ovation from the class of 2016.

Here are some of the highlights.

1. You don’t need everybody to like you, you just need one.

After her aforementioned post-grad rejection tour, Hoda recalls meeting the news manager who took a chance on her… and changed her life forever.

2. Do not forget the people who helped you.

When Hoda got her first opportunity to fly solo behind the anchor desk (and it was a legendary fail), that same hiring manager gave her a second chance. They remain in touch to this day.

3. Life can change in an instant.

Hoda was sailing along and thriving in her career when a breast cancer diagnosis brought everything into perspective.

4. The best advice you may ever get in your life may come from a complete stranger.

While recovering from her cancer surgery, Hoda sat next to a prying stranger on a plane who wouldn’t stop asking her about her procedure. When she reluctantly told him, he said…

You can help others by sharing your journey — and honesty is therapeutic.

6. “I learned that my life has margins and it’s to be valued and not wasted.”

Breast cancer was a game-changer, Hoda said, and one that caused her to evaluate her relationships — and overhaul her personal life for the better.

7. If you survive anything in your life, who cares what it is, if you’re still standing, you get four words: “You can’t scare me.'”

Hoda said her cancer scare gave her the courage she needed to ask for her job at TODAY.

8. You are the sum total of the five people you spend the most time with choose your friends wisely.

This one speaks for itself!

9. Don’t let anything hold you back.

Hoda points to an audience member who overcame extraordinary odds to be successful. Watch the speech for the full story.

10. New Orleans [or wherever you call home] is your house.

There was a Flo Rida song involved. Obviously.

And with a “geaux get ’em,” wisdom was served. Congrats to the Tulane class of 2016 … and congrats to Hoda on a wonderful speech! 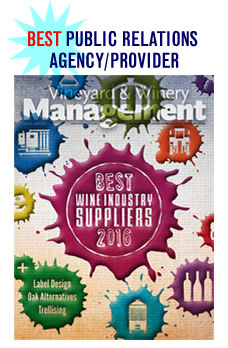